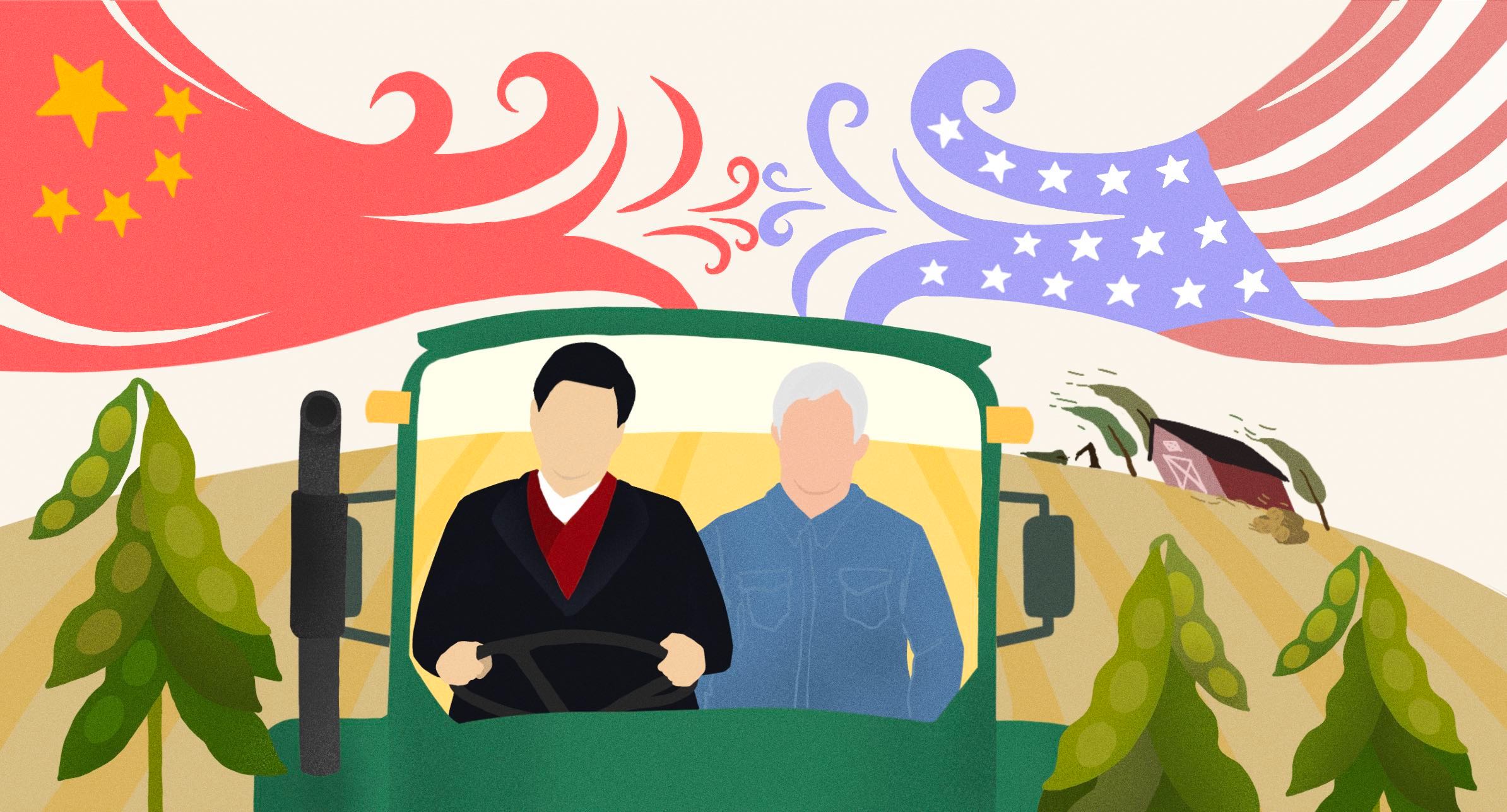 In the third episode of Heartland Mainland, we explore the links between Iowa farmers, Chinese buyers, and the US-China trade war. We take you to meet Rick Kimberley: 5th generation Iowa farmer, and overnight agriculture celebrity in China.

Rick’s life changed suddenly in 2012, when China’s next leader Xi Jinping paid a visit to his farm. The two of them discussed agricultural modernization, and Xi sent his entourage into a flurry by climbing up into one of Rick’s tractors. The visit made for a photogenic capstone to a golden era for the relationship between Iowa farmers and China, a time when ever-growing Chinese purchases of Iowa soybeans boosted farm incomes across the state.

The visit also launched Rick Kimberley into a brand new and totally unexpected role: agricultural ambassador and the face of American farming in China. In his first 62 years, Rick Kimberley had never visited China once. Since 2012, he’s made more than 20 trips, visited over 60 cities, and given lectures to all kinds of audiences. Iowa’s sister province of Hebei even began construction on a US-China “Friendship Farm” modeled on Rick’s property, and replete with a replica of a typical Iowa town to attract tourists from Beijing.

But over the last two years, that happy-go-lucky story turned sour, as the US and China became embroiled in a bitter trade war. China’s retaliatory tariffs targeted American agriculture exports, particularly corn and soybean exports. As the second largest exporter of soybeans and the number one exporter of corn, Iowa has been hit hard. Rick and other farmers experienced a 20 to 25% increase in prices as soon as the trade war hit, taking a bite out of farm incomes across the state. Even more worrying, the tariffs re-routed soybean supply chains through Brazil and Argentina, potentially pulling the rug out from under customer relationships carefully nurtured over the last 35 years.

In mid-January, President Trump and representatives from China finally signed a Phase One trade deal intended to stabilize the relationship and begin de-escalating the trade war. As part of the deal, China has pledged to increase purchases of American agriculture products by $32 billion over the next two years.

But is the current truce in the trade war too little too late for soybean farmers like Rick Kimberley? And what happens when you force American farmers to choose sides between their biggest foreign customer and their own government?